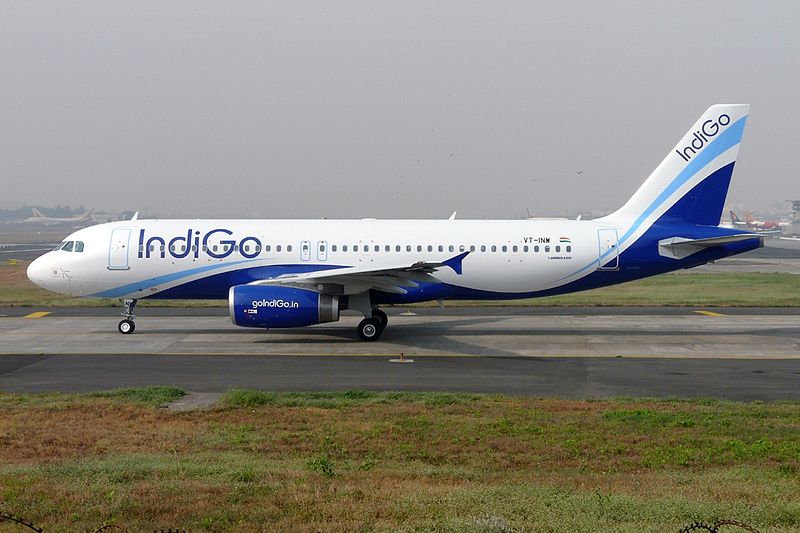 Indigo Airlines (ICAO:IGO IATA:6E) has emerged as the clear front-runner in a crowded airline space in India. With over 200 A320 family aircraft and 23 ATR-72s, IGO is the largest Indian carrier by any standard: aircraft employed, passengers carried, market share, revenue generated and profits declared. What terrifies the competition though, is IGO’s future deliveries – an order recently placed for another 300 A320s puts the airline’s scheduled acquisitions to over 650 additional aircraft.

Indigo was the brainchild of Rakesh Gangwal, an expatriate Indian who is well steeped in the airline world. As a newly minted MBA from the Wharton School, Gangwal worked closely with United Airlines in the 1980s in his capacity as a consultant with Booz Allen & Hamilton. He then went onto Air France, before joining US Airways. He served as CEO and Chairman of US Airways from 1998 to 2001.

After spending some time in the private equity world, Gangwal along with fellow Indian businessman Rahul Bhatia (who had a travel agency and hospitality business named Interglobe in India) made the decision to enter India’s turbulent airline market. Focusing on the Low Cost Carrier (LCC) model Gangwal and Bhatia raised capital and grabbed the headlines with a record order for 100 Airbus A320 aircraft at the Paris Airshow in 2005.

Indigo’s ambitions were realized in short order when it commenced operations in 2006. The stream of brand-new aircraft, a focus on punctuality and well negotiated maintenance contracts, meant that IGO was able to offer extremely competitive fares. By the end of December 2010 Indigo pushed the Air India aside to become the third-largest carrier in India, behind Kingfisher and Jet Airways.

In 2011, just five years after commencing operations and with the ink barely dry on the authority to operate international flights, IGO ordered a further 180 A320 family aircraft. The headlong growth continued and with a laser-like focus on the LCC model. Market-leading on-time performance and a growing ancillary revenue stream (baggage, meals and drinks on board,) meant the business remained profitable, unlike most of its rivals who were awash in red ink.

With the long expected demise of Kingfisher Airlines in 2012, Indigo became the largest Indian carrier by market share. In August 2015 IGO placed the largest ever order in aviation history for 250 A320-family aircraft. When the company went public in November of the same year, a USD 460 million IPO saw its founders become billionaires overnight. The bankruptcy of Jet Airways in 2019, IGO’s principal rival based in Mumbai, showed that the LCC model (Jet was a full-service carrier) is the most suited to the sub-continent’s price conscious passengers.

As Asia’s largest LCC, with a share approaching 50% of (potentially) the world’s second biggest aviation market, IGO announced another record breaking order for a further 300 A320-family aircraft in October 2019.

On the basis of its ambitious order book and location in the world’s second most populous country, Indigo has the potential to be a mighty LCC, up there with the likes of the much admired Southwest Airlines of the USA.

What will the future hold?

Indigo built its reputation on a peerless on-time performance and unwavering focus. By using large numbers of the one type of aircraft (a cornerstone of the LCC model), it was able to keep costs down low enough to drive away most of the competition – with the large orders providing it the ability to obtain aircraft at a deeply discounted price. The brutally competitive Indian market has seen the demise of two airlines already (Kingfisher and Jet) and state-owned Air India is surviving by a thread. But several other airlines are jostling for market share and proving to be resilient enough to compete with the behemoth that Indigo has become. With a war chest estimated at USD 2 billion in cash however, IGO is perfectly positioned to continue its dominance of the South Asian market.

The “all-Airbus” policy though has run into complications. Enduring maintenance and reliability issues with the Pratt & Whitney Geared Turbofan (GTF) engines, has led to widespread groundings of IGO’s fleet. As the 737MAX debacle has shown, reliance on just one type can lead to unexpected turbulence. This prompted IGO to select the competing CFM LEAP engine to power its next batch of A320s on order.

While the airline is doing extremely well financially, recent troubles in the boardroom are a cause for concern.

A falling out between founders Gangwal and Bhatia has turned ugly. After the IPO, the two billionaires still owned a controlling stake in the company, but Bhatia’s Interglobe Enterprises (IGE) had 1% more voting shares than Rakesh Gangwal, who is the strategic genius behind the airline.

Gangwal claims that the Board has entered into multiple contracts that are favourable to Interglobe over his objections and without sufficient corporate-governance being exercised. This has led to a shake-up of the top management, with several expatriate managers being recruited to the C-suite. Recent press releases indicate the shareholder agreement between the two, which expired in October 2019, will not be renewed and an expanded Board with more independent directors, will be appointed soon.

One has to hope that this is swiftly solved and the airline can continue to expand as its founders have planned. The future of IGO will be one which industry observers monitor with interest.